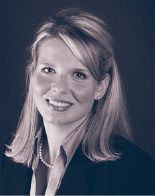 Rachelle Humbert was a Special Agent with the U.S. Environmental Protection Agency’s Criminal Investigation Division in Washington, D.C. Rachelle conducted and led large-scale investigations involving violations of federal environmental law, including the Clean Water Act, Resource Conservation and Recovery Act, and the Clean Air Act. Since joining Waypoint in 2008, Rachelle has led investigations for corporations and individuals facing the scrutiny of various federal and state regulatory agencies. Drawing from her past experiences with EPA-CID , Rachelle offers her clients a unique perspective in navigating and negotiating the complex landscape of current regulatory obligations.

In addition to her regulatory work, Rachelle has managed a wide variety of investigations and projects that support WayPoint’s mission in providing their clients “Knowledge to Your Advantage”. Such projects include: executive due diligence involving mergers and acquisitions, vendor selection and reputational concerns;  highly sensitive internal investigations related to harassment, theft and criminal conduct; risk mitigation and threat assessment in dealing with potential workplace violence. Rachelle’s work in traditional investigations, both civil and criminal, includes: healthcare fraud, wire and mail fraud, investment schemes, intellectual property theft; contract and grant fraud, extortion and assault.

Rachelle began her federal service in 2001 as an operations analyst with the U.S. Secret Service-Presidential Protection Division. While stationed at the White House, Rachelle assisted in the development of security plans and provided logistical support for domestic and foreign protective operations for the President and the First Family. Rachelle was commended for her service on September 11, 2001, for her work in the U.S. Secret Service Emergency Operations Center at the time of the terrorist attack and in the days that followed. Rachelle also served on the protection detail for the U.S. EPA Administrator during her service with USEPA-CID. While on the protection detail, Rachelle led advance teams, developed security plans, and worked with senior staff to ensure the safety of the Administrator.